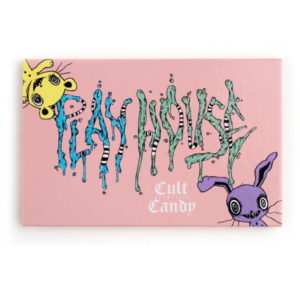 Cult Candy Cosmetics Playhouse Palette £32.00
Back to products
Next product 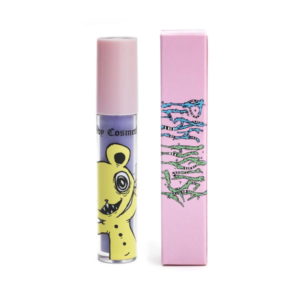 Cult Candy Cosmetics Heavenly Urchins Palette causes celestial hosts and creatures of the other-world to proclaim joy. This palette is of divine and devilish shadows and contains eight colours. Three glorious shimmers and five marvellous mattes. Let your creativity flourish with shades designed to let you be you. This vegan and cruelty-free makeup is packaged in a sturdy box featuring original artwork by Wella Lee.

Cult Candy Cosmetics Heavenly Urchins Palette causes celestial hosts and creatures of the other-world to proclaim joy. This palette is of divine and devilish shadows and contains eight colours. Three glorious shimmers and five marvellous mattes. Let your creativity flourish with shades designed to let you be you. This vegan and cruelty-free makeup is packaged in a sturdy box featuring original artwork by Wella Lee.

With the Heavenly Urchins Palette you are able to express yourselves in any way you want. 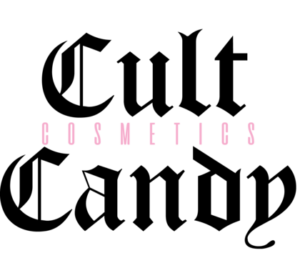 Cult Candy is a collaboration between mother and child, Angie Adams and Jazmin Bean. It’s a product of their collective experiences and ideas. Having been approached to create a collaborative makeup brand, Jazmin and Angie were hugely excited to have the opportunity to realise their vision.

Angie Adams is a former all girl rock band drummer with her band Fluffy as well as a graduate of London College of Fashion. Fluffy have toured with a very impressive range of bands including the Sex Pistols, Marilyn Manson and the Food fighters.

Jazmin Bean is an artist working within different mediums, heavily inspired by Tim Burton, Jim Henson and Sanrio with their extremely inspired colourful and odd creatures that are disturbing yet cute.

What makes Cult Candy stand out amongst other brands is its fundamental commitment to the principles of being vegan and cruelty-free. Cult Candy caters for everyone, whether it’s the wonderful and outlandish or the simpler side of makeup. Cult Candy believe fundamentally that it’s vital to meet the highest ethical standards across the board. Everyone should be aware that they need to make a contribution to our future, by being more aware of the environment. They are not going to compromise their identity and integrity to fit in with what’s in fashion at the time, or what other brands are doing. They will always be about respect – respect for animals, for individuals and for the planet.

Cult Candy Cosmetics were recently awarded as highly commended for their Playhouse range as the most inclusive product in the 2019 ASOS beauty awards. This awards their dedication to making a range of makeup that is inclusive of everyone. Cult Candy Cosmetics want people to be able to express themselves in any way they want. They know that identity can’t be restricted by conventional ideas about gender and sexuality. They offer support however you want to define yourself. This make-up might come in a box, but you don’t have to put yourself in one. 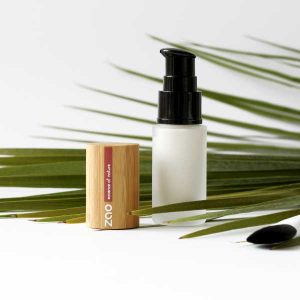 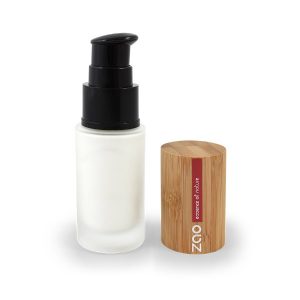 Rated 5.00 out of 5
£25.00 – £36.00
Sublim'Soft is a base primer with a matt finish. For use as a makeup primer, it mattifies the complexion for long-lasting makeup application, whilst it can also be used alone. This amazing product smooths the complexion, minimises pores, mattifies oily areas and imparts a velvety softness to skin, thanks to its silica-rich bamboo hyrolate, macerate and bamboo powder.
Add to Wishlist 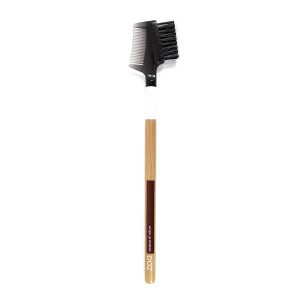 £10.50
This handy dual-use tool is a must for stunning and flawless eyelashes, featuring a brush to tame eyelashes and brows, and a comb to remove excess mascara.
Add to Wishlist 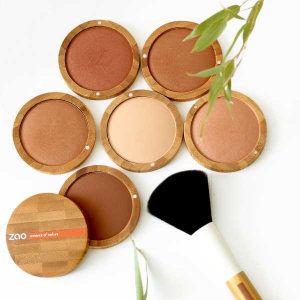 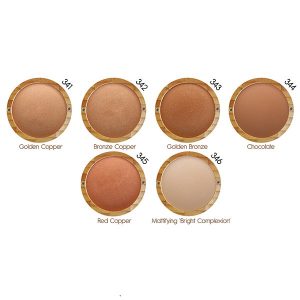 Rated 5.00 out of 5
£13.00 – £23.50
Real clay with a slight shimmer (except no. 344 and 346 which are matt), cooked in an oven, ideal for a tanned complexion and cleavage throughout the year. Bright golden copper, bronze, apricot or a pinkish-brown tan … choose your shade to match the season. Note that all of our powders are talc-free.
Add to Wishlist 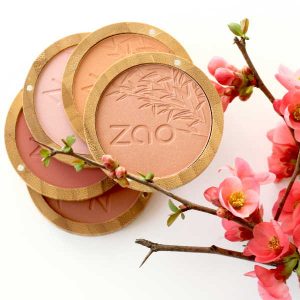 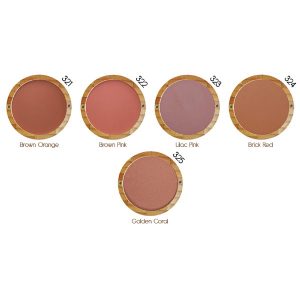 £10.75 – £21.50
Define your face and give it a healthy glow with this blush. It is an essential final touch, for both a natural look and a sophisticated effect. Note that all of our powders are talc-free.
Add to Wishlist 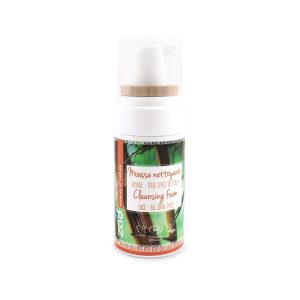 £17.75
ZAO Certified Organic Cleansing Foam is extremely light, with a delicate sweet scent. It purifies and cleanses,using the power of melisse and cornflower water, as well as aloe vera powder. The addition of bamboo water regenerates and tones skin whilst restoring its suppleness and moisture content.
Add to Wishlist 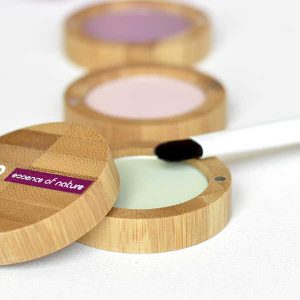 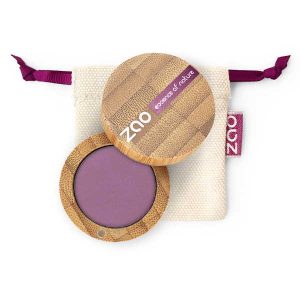 £9.00 – £16.00
The use of eyeshadow can change your eyes by playing with their shape and size. Combining colours can intensify and make the eyes more sensual. Match your refills for multiple options. For a matt look with extra sparkle, try no. 204 golden old pink and 205 dark purple – they include a touch of glitter. Note that all of our powders are talc-free.
Add to Wishlist 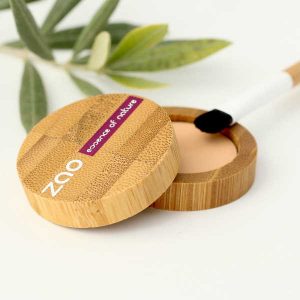 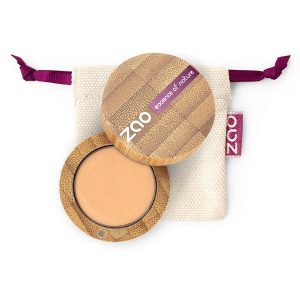 £9.75 – £15.30
The eyes primer prepares the eyelid to the makeup application. Its creamy texture, smooth and soothing makes easy the work with finger. Ideal to cover the small vessels, it evens and brightens the entire eyelid. It offers easy shading of the eye shadows and helps to optimize their staying power. Perfect for those who want to enhance the durability of their makeup.
Add to Wishlist